Despite spending trillions of dollars on stimulus measures in the wake of Covid-19, governments have so far failed to seize the opportunities for a green recovery from the pandemic.

While governments all over the world have committed to mobilizing more than US$12 trillion for pandemic recovery, only a small portion of that amount has been allocated to fighting climate change. Meanwhile, it is estimated that annual investments towards meeting Paris Agreement commitments, particularly with regard to emissions, should be around US$1.4 trillion.

In fact, as of November 2020, a substantial portion of these stimulus funds amounting to US$233 billion has been allocated to fossil fuel production and consumption, compared to only US$146 billion for clean alternatives. 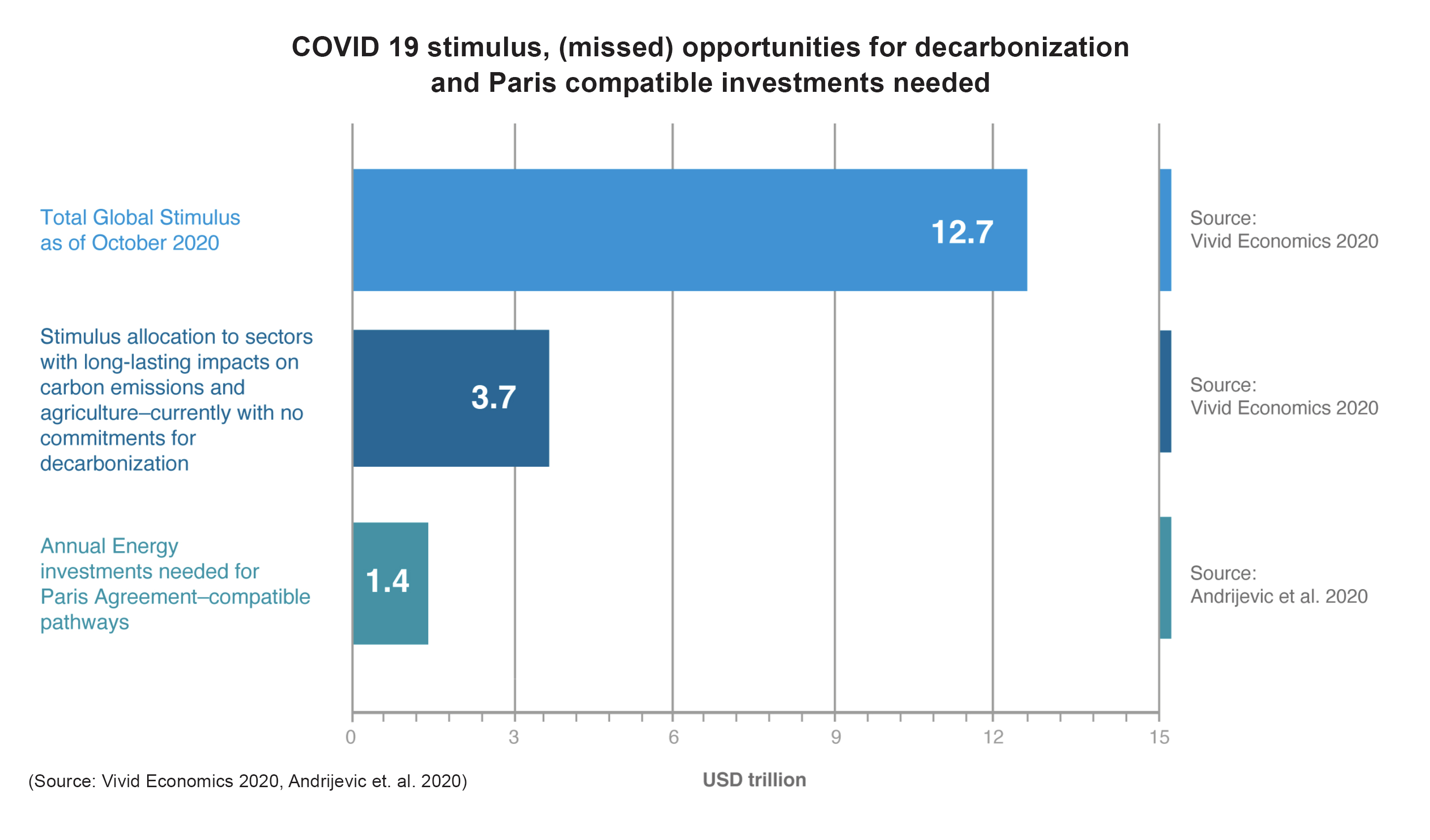 “Governments’ economic stimulus packages will shape GHG (greenhouse gas) emissions trajectories for decades to come, for better or worse. If invested in climate-compatible activities, they could be a turning point for climate protection,” says Patricia Espinosa, executive secretary of the United Nations Framework Convention on Climate Change (UNFCCC) during a meeting of the UNFCCC in Stockholm on January 27.

“Stimulus packages allocated by leading economies for agriculture, industry, waste, energy, and transport, amounting to US$3.7 trillion, have the potential to reduce emissions from these sectors significantly but governments do not seem to be seizing this opportunity,” Espinosa says.

To make 2021 a turning point, there is a need for structural changes in production and consumption. An opportunity exists as countries are making plans for injection of money through stimulus packages for economic recovery, according to a report which Espinosa presented during the meeting.

While governments are currently mobilizing vast amounts of financial resources for pandemic recovery efforts, this should include funding for low-carbon or “green” activities, such as renewable energy, energy efficiency, electrification of transport, active mobility, clean R&D, and building efficiency retrofits that will accelerate the transition to a low-carbon society, according to the report.

This would bring multiple co-benefits and create synergies towards meeting the 2030 Sustainable Development Goals (SDGs) such as health improvement and reduction in air pollution. Clean energy investment has been acknowledged as a major driver of employment and innovation, and offers an attractive risk profile for investors by reducing the possibility of stranded assets.

At the time of writing, more than US$12 trillion in funding is being allocated by governments globally to stimulate economies, according to the report.

Researchers have estimated that roughly half of this sum is needed over five years to reach long-term goals or about US$1.4 trillion per year for the period 2020-2024 in global investments in order to achieve net-zero emissions by mid-century.

In fact, as of October 2020, around US$3.7 trillion in stimulus funds is being allocated for sectors like agriculture, industry, waste, energy, and transport, which have long-lasting impacts on carbon emissions and nature.

However, the potential for greening these sectors is not being seized by governments. Furthermore, what is worrying is that fossil fuel-based or “brown” activities continue to dominate spending from economic recovery efforts, with G20 governments committing US$233 billion to fossil fuel production and consumption compared to only US$146 billion to clean alternatives as of November 2020.

This type of spending will lock-in such carbon-intensive activities for years or decades, entrenching fossil fuel companies’ role in the global economic system. Meanwhile, green stimulus is falling short of the required investment for a Paris Agreement-compatible pathway.

Responses to the pandemic show that government policies and human behaviour can change dramatically and abruptly when there is urgency, enough impetus to do so, and when decision-makers have no alternative options. The choices that governments and investors make now to rebuild economies, and especially in the coming months when they come out of rescue and crisis mode, will determine the emissions trajectory for decades to come, according to the report.

Have you also read?
The G20’s missed opportunity
How the Fed could go green faster
Temasek, BlackRock team up on decarbonization
Issuers, investors in the mood for more sustainable debt
What is stakeholder value, how is it created, and how is it measured?